Happy June which is also Pride Month 🏳️‍🌈 I’ve seen a lot of people posting TBR’s and recommendations so I wanted to jump in and share some queer books I have read and at the end I listed some I have not read yet.

Books I Have Read

These titles below are LGBTQ+ titles I have read and loved. Of course I couldn’t include them all. I also tried to mention the representation in the book. 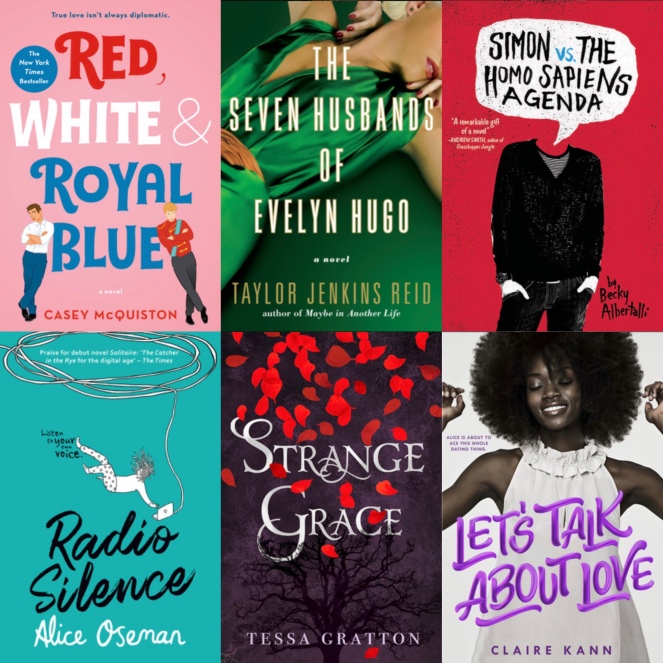 Strange Grace by Tessa Gratton
Rep: Poly relationship And everyone is queer

What If It’s Us by Becky Albertalli and Adam Silvera
Rep: Gay character, bisexual character

Books on my PRIDE TBR

These LGBTQ+ books are on my TBR and I am going to read a few of these for PRIDE MONTH! I don’t like to make TBR’s because I never stick to them so I stead I’m just mentioning a bunch I want to read.

Girls of Paper and Fire by Natasha Ngan

Laura Dean Keeps Breaking up With Me by Mariko Tamaki

The Priory of the Orange Tree by Samantha Shannon

Her Royal Highness by Rachel Hawkins

Summer of Salt by Katrina Leno

The Weight of the Stars by K. Ancrum

If It Makes You Happy by Claire Kann

Let me know in the comments what id you favorite Queer Book? Or what Queer books are on your TBR for June?