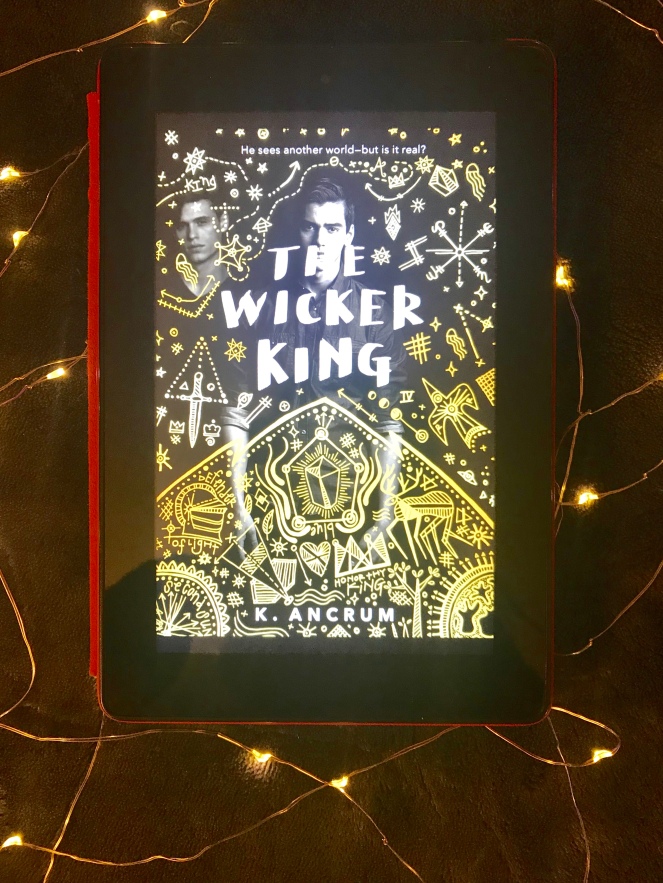 “But your best is not good enough sometimes.”… “Sometimes… you have to stop trying and just let someone else try their best. In order to survive.”

This was the first book for The Dragon and Tea book club created by Melanie and Amy. I have never heard of this book before and I’m so happy this was picked. I loved this book so much!

This book is about two best friends,August and Jack, who have grown up with each other. They are very different, August works with a drug dealer, who likes to dress nice and has a small group of friends. He works hard to pay the bills and take care of his depressed mother. Jack plays sports, dates the pretty blond girl and hangs out with the jocks. Jack starts to voice he is having hallucinations, August tries his hardest to take care of Jack and it’s the sweetest thing.

The adults in their lives are ineffectual, indifferent. These boys are seriously neglected, Jacks parents are never home leaving him to fend for himself.

August and Jack have a very complex relationship. They have a strong brotherly friendship that borderlines on romantic. They are codependent on each other that is beyond unhealthy. They were both ill, even though the majority of the story focuses on Jack’s illness. These boys would do anything for each other, they try to make sure each other is eating and sleeping.

August starts to have his own issues, having panic attacks at school, his coping mechanism is to make small fires.

The format of the book was really cool, uses art and colour to correspond with the tone of the book. The chapters were super short and I flew through them. And because I have absolutely no chill , I finished the book 3 days earlier than the book club.

“It’s not weird. It’s just…unusual. And even then, just because it’s unusual doesn’t automatically make it bad. You of all people should understand that.”

One thought on “The Wicker King by K. Ancrum”