“A house is like a person’s body. The walls are like bones, the pipes are veins, it needs to breathe, it needs light and flow, and it all works together to keep us safe and healthy inside.”

The Haunting of Hill House has got to be one of the best horror shows out there. The acting, the story, the directing, the everything was just so good. I want to re watch it already!

The show follows the Crain family, five children and two parents, who move into Hill house with the intention of fixing it up and re-selling. The story jumps from the the present to the 90’s when they lived in the house. We see the story unfold through individual perspectives and flashbacks, which helps build the tension between the siblings.

The main mystery centers around the events of the night, Hugh (the father) takes the children from the house. There Mother Olivia was said to have committed suicide but there is something much more sinister to what really happened. Each episode tells the story of one of the children, as we try to piece together what happened to them during there time at Hill House. You go into the show expecting a ghost story but it is so much more than that. We see how the lives of these children are changed based off individual trauma and how the death of there mother effect them.

“Silence lay steadily against the wood and stone of Hill House, and whatever walked there, walked alone.”

If you’re a fan of ‘slow horror’ that doesn’t depend on jump scares you should watch this series! I’ve read some review saying the first few episodes are slow but that wasn’t the case for me. I loved the first four episodes. The cinematography is brilliant, the way some of the scenes were shot were just amazing!

The casting was so well done, all the women looked so much like the mother. Also the children were amazing, they did such a good job! My favorite characters were Nell (the twist in her episode was so good!) and Theo, her character was really interesting and the child actor they had for her was so good. 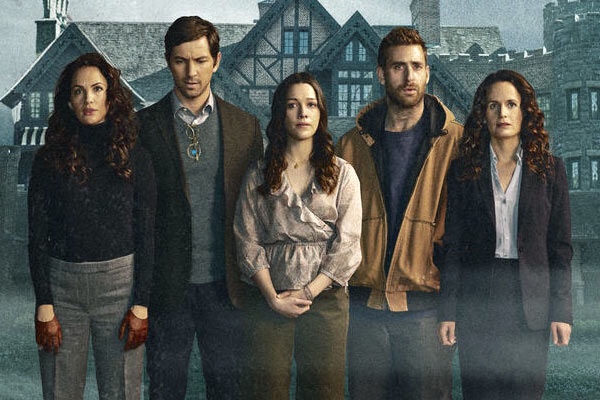 “I’ve lived with ghosts since I was a kid. Since before I knew they were even there. Ghosts are guilt, ghosts are secrets, ghosts are regrets and failings. But most times, a ghost is a wish.”

I absolutely LOVED the show! Horror has always been one of my favorite genres, and this show is so much more than your average horror show. Seriously seriously recommend it!

14 thoughts on “The Haunting of Hill House | Series Review”