Baby Emmy is 3 months old and is officially moving out of the newborn stages. 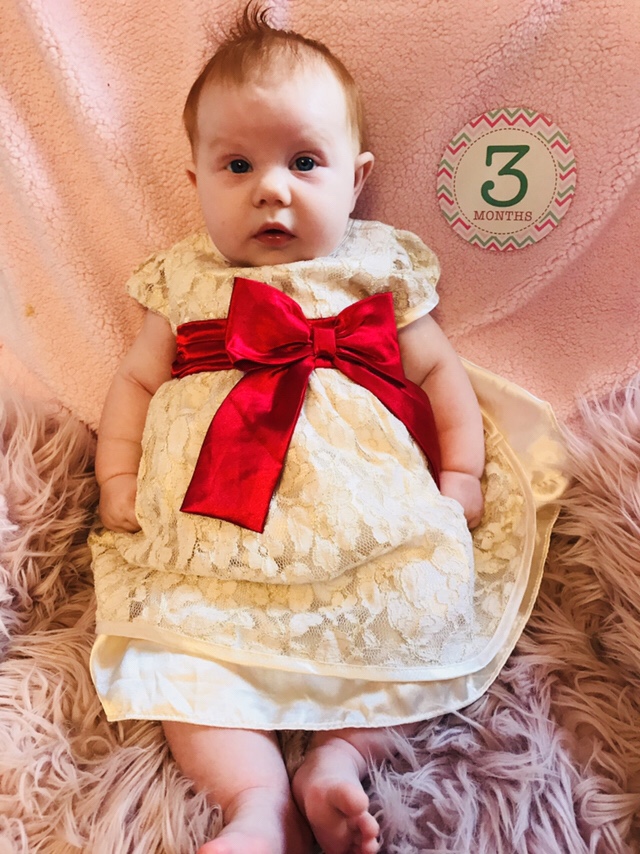 This girl is a very big baby, at the last doctor’s appointment she weighed 15 pounds and was 27 inches long.She is a super long girl. She’s now wearing size 2 diapers, can fit into 3-6 clothes and size 6 clothes, some of the pants are to long but they are less tight on her belly. She is growing so fast,and getting so big. She’s getting so strong, being able to hold her head up.

She’s interacting with us more, smiling and cooing when we talk to her.It’s so much fun. When we talk to her she coos back at us.It’s so cute Noah will make faces at her and she will have the biggest smile on her face. She loves her brother so much. In the last 2 weeks she’s become interested in a few of her toys,mostly the Sophie the giraffe teether and this kitty crinkle paper. She loves her playmat,it has this little dog toy and she will reach up and try to grab it.She will kick and smile. She’s nearly laughing,she has a little ha! she dose when she’s excited. 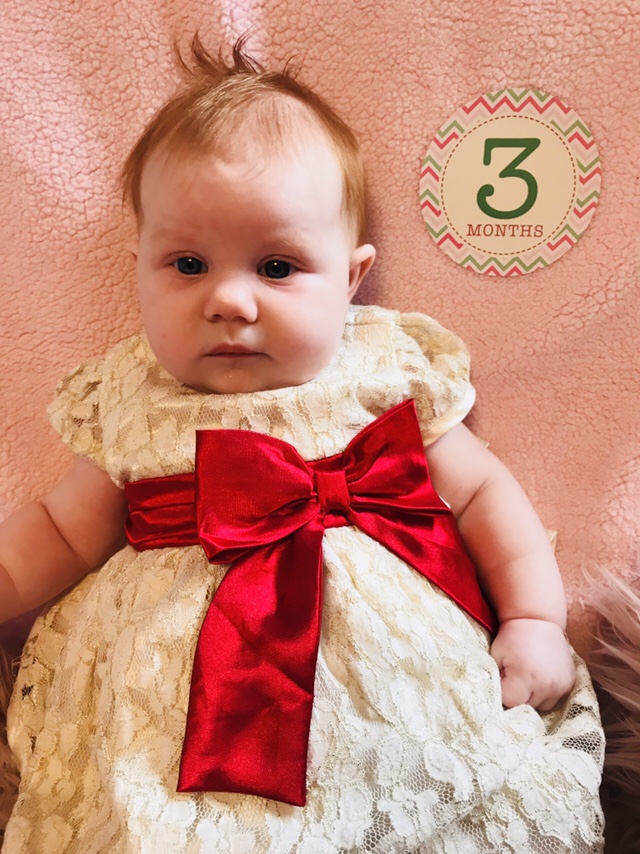 Likes:
She loves being carried in the stretchy wrap.
She wants to chew on anything thats close to her mouth and she’s starting to drool alot.
Loves to kick and swing her arms.
Bathtime, she will kick and spalsh water all over the place.

Dislikes:
Tummy-time, is still her most hated thing.

This is a new series I’m planning on posting every month,mainly for myself so I can see Emmy as she grows each month.